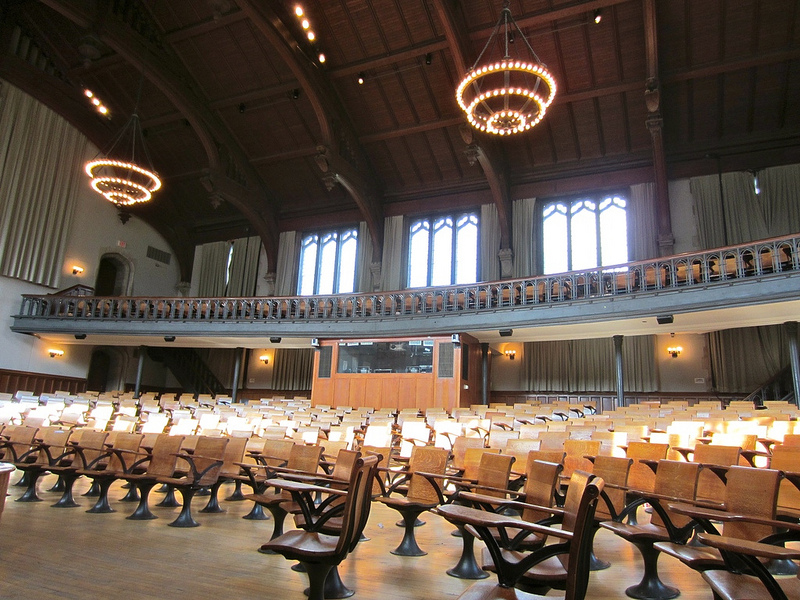 The editorial "Will MOOCs destroy academia?", by Moshe Vardi, appeared in the November 2012 issue of the Communications of the ACM. This is my reaction to that editorial, written at the time the editorial appeared online, with the intention of leaving a comment to it.

The comment grew too long, and thus I decided to use it as one of my essay assignments for the Coursera MOOC on "Writing in the sciences." I thought that was quite fitting. (By the way, I earned a Statement of Accomplishment, with Distinction.)

I was taken aback by the negative tone of this editorial by Moshe Vardi. It seems to me that wanting to make (by the author's own words) "the hottest topic of discussion in higher education" … "disappear" is short-sighted to say the least. If it only gets us heatedly discussing, that is reason enough to be glad! But I believe that Vardi is missing more of the MOOC picture here.

No doubt that the hype about MOOCs has been sometimes "lofty," but a few weeks is a long time on the internet and all the buzz started around a year ago and peaked this summer (note that the term is from 2008!). By now, most of the initial chatter on Twitter and blogs has turned to serious discussion of the concrete benefits and the limitations of the format. Conferences have organized serious discourse and enough experienced educators are studying the phenomenon and communicating their analyses that the original buzz is now irrelevant.

At the Frontiers in Education conference in Seattle (October'12), for example, the panel examined MOOCs in detail.1 Dan Grossman, of the University of Washington (who is teaching a Coursera MOOC) suggested we look at MOOCs as the evolution of textbooks. Fred Martin (UMass Lowel) actually used a MOOC as support material for a face-to-face course, which allowed him to use class time for supervising student project work, as a "guide on the side" of the students, in a blended-learning experience. In other words, there is no mention of replacing pedagogy with MOOCs and Vardi has based good part of his piece on the wrong assumption.

Let's not jump to the conclusion that there is no pedagogy in MOOCs either. Short videos interleaved with online quizzes turns out to be surprisingly effective, certainly more effective than the "professors monologuing to large classes" that Vardi concedes is the norm in academia. First, video is a very convincing format for content delivery. The flexibility of pausing, rewinding and replaying also benefits many students, especially those for whom English is a second language. Second, quizzes for retrieval practice are an established method to improve learning. A recent publication2 describes a five-year research project in which retrieval practice was used in the classroom, with great success. Despite this, the majority of "monologuing professors" make no use of retrieval practice; in this, MOOCs are ahead.

Vardi (like many others) is bothered by the "massive" enrollment of MOOCs, but the truth is that the experience of many foundation courses in universities, enrolling 400 students or more, is not much better. Arguments in favor of scale, on the other hand, point to the fact that once you have many hundreds of students, it actually is easier to lead a fruitful course by going to 5,000 or 10,000 because the students collaborate through social networks. In a large pool of students, there are always enough of them that are clever and helpful. With MOOCs that are semi-synchronous —videos are watched within a time range and homework is due at a certain time— social cohort and motivation are also drivers.

Students that go to university do so for more than the content of the courses. This should be obvious (and the reason schools invest in sports facilities, dining and so on) but needs to be repeated whenever someone (like Vardi) hints at destruction looming academia. But we should not forget that there are millions of people that cannot access universities. As educators, we should jump at the opportunity of far-reaching impact that MOOCs provide. I wonder if Vardi read the story of 22-year old Askhat Murzabayev from Kazahkstan, who took the Coursera Machine Learning class and now works at Twitter?3 For people like him, the issue is access, before cost. Does Vardi wish that MOOCs would disappear as an option for greater access to knowledge? If he hasn't considered this, then he wrote his piece in just as much of a knee-jerk reaction as the board of University of Virigina on firing President Sullivan. Like them, he should retract.