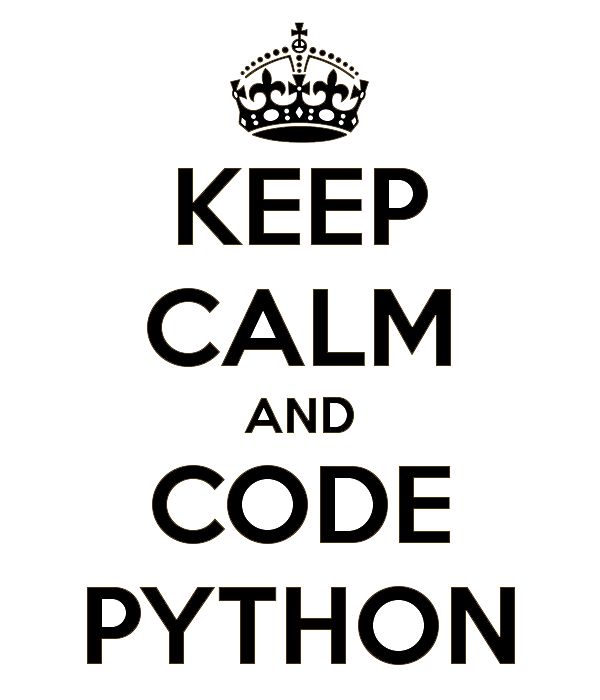 My colleagues are puzzled by my relentless push of Python as the language to teach programming to our undergraduates. They look at me funny, each time that the subject comes up and I can't help vehemently insisting "Python!"

It's natural to be skeptical of someone championing a programming language; we've all seen the language wars rage foolishly in other contexts—surely it's just a matter of preference? And many of my colleagues prefer Matlab, although some others insist that our undergraduates need to learn C. Does it matter?

Let me articulate my reasons to continue to advocate for Python. First, let's agree on the context of this discussion: I'm talking about a programming language to teach undergraduate students of engineering the computational skills that will make them more successful, both as students and as future STEM professionals.

Most entering freshmen have no programming experience whatsoever. Unfortunately, computer science is all but absent from the school curriculum: in 2011, only 5% of high-schools in the US were certified to teach the computer science AP course and only 0.6% of all AP tests taken were in CS [1].

I'm talking about teaching complete novices their first baby steps of programming, and rather swiftly bringing them to a level of skill where they can use computing in their other courses: to analyze data for those lab reports, to learn linear algebra, to solve problems in particle mechanics, problems involving differential equations, maybe even to write a program to control a robot. And by the way, these students are busy and have a social life and cannot abide courses that seem like a waste of time. Let's also make it fun, then, can we?

A programming language for beginners

What is a programming language? All computers really understand is machine language: instructions operating on binary bits. Programming languages are made for humans. Their goal is to allow humans to express what they want the computer to execute for them, in a way that other humans can understand.

Compare these two programs … which is more human-readable?

This simplest of code examples is used in the book "How to think like a computer scientist" [2] to explain why Python is good for teaching beginners. In the C++ version, there are too many elements (#include, void, main) that will be confusing for students. Explaining them takes time, can be intimidating for beginners, and serves no purpose in helping students get computing. Jeff Elkner explains in the preface to "How to think…" that the C++ version of the book had 13 paragraphs explaining the "Hello world" program, while the Python version had only two. The 11-paragraph difference dealt not with programming concepts, but with details of C++ syntax. Beginner programmers will just get frustrated by obscure syntax.

Using Python has improved the effectiveness of our computer science program for all students … More students leave the course with the ability to create meaningful programs and with the positive attitude toward the experience of programming that this engenders.

From anecdote to data

Analyzing 30 programs written in Java and 30 written in Python by novice programmers (in Finland, aged 16–19), Mannila et al. (2006) studied the errors found in them to identify those that could be attributed to the language. The students in both groups had the same teacher and studied the same contents in the same environment; only the language changed.

The study categorized errors as relating to understanding (logic) or arising from features of the language (syntax). Four criteria were also applied to the programs as a whole: execution, satisfying specs, error handling, and structure.

A second part of the Mannila et al. study looked at how the students who learned with Python transitioned to a second language in a later course. Critics of Python as a first language often claim that being too simple, it makes students run into problems when having to use a more advanced language later on. But after both analyzing the programs and interviewing the students, Mannilla et al. concluded that students experienced no problems in the transition. (In particular, they had no problem adapting to static typing after having learned to code in Python.)

In conclusion, this study showed that students make fewer syntax and logic errors when learning in Python (compared to Java), and there are no pitfalls when transitioning to a second language. Python makes it easier to focus on giving students a solid ground on computational thinking.

Watch the first 5 minutes of this hands-on introduction to Python for beginners, by Jessica McKellar (Director of the Python Software Foundation), to hear several reasons for learning Python:

Continue watching the video from about 8:20 to learn a bit of Python right now! You can type along with Jessica and try the code right on your browser by going to PythonAnywhere.com

Why is it so hard to learn to program?

The well-known computer-science educator Mark Guzdial addressed just this question (Guzdial, 2010). There are many reports of high failure rates in introductory programming courses (worldwide). Why do students find it so hard?

Studying how people use a natural language to describe a task to another human gives clues. In such descriptions, people don’t define iterations, they instead put into words set operations; they are not explicit about loops terminating; people use constraints, event-driven tasks and imperative programming, but they never talk about objects. And when these natural-language instructions are given to other participants, they have no problem following them. Processing a set of data until it's finished is natural, but incrementing an index is not.

How is this related to Python? It so happens that the language's core looping idioms can often replace index manipulation, making it more like plain English. The following examples were given by Raymond Hettinger (core Python developer) in a keynote in 2013. To get the square of the numbers from 0 to 5, you might write Python code like this:

But the convenient function range() makes it easy to iterate over longer lists.

This has the disadvantage of creating the list in memory (not good if the list is very big). So in Python 2.7, a better way is with the xrange() function (which in Python 3 dropped the x):

You might write this to loop over all the colors:

But Python lets you do this instead, which looks more natural, and like Raymond says, more beautiful:

for color in colors:

In summary, Python is a lot more like English than other programming languages, and reduces the cognitive load in learning to think computationally.

I used Matlab for years and I understand why many of my colleagues use it heavily. For many of them, it's awfully hard to imagine their workflow without Matlab. But there are reasons to at least think about switching, and I will let others speak for me here.

Luis Pedro Coelho is a computational biologist at EMBL. In "Why Python is Better than Matlab for Scientific Software," (Oct.'13) he offers these reasons:

In "Why use Python for scientific computing" (July'13), Cyrille Rossant, a neuroscience researcher at University College London, offers similar reasons:

Almar Klein, a developer and scientist in the Netherlands, has more concrete objections to Matlab in the long "Python vs. Matlab" essay:

"… the most fundamental problem with Matlab is its commercial nature

And cites these other issues:

A trio of additional issues brought up by Hoyt Koepke of University of Washington can be extracted from his "10 Reasons Python Rocks for Research," as follows:

And there's more, if you still need more convincing: