Poster featured at the NVIDIA exhibit booth in the Supercomputing Conference, November 2011, Seattle, WA.
It was also shown later at the GPU Technology Conference in May 2012 (and that is the version shown on the PDF file).


The fast multipole method (FMM) is a numerical engine used in many applications, from acoustics, electrostatics, fluid simulations, wave scattering, and more.

Despite its importance, there is a lack of open community code, which arguably has affected its wider adoption. It is also a difficult algorithm to understand and to program, making availability of open-source implementations even more desirable.

ExaFMM is an open-source code base to utilize fast multipole algorithms, in parallel, and with GPU capability. The name reflects our viewpoint of the fast multipole method (FMM) as a rising star in the development of high-performance computing towards Exascale. 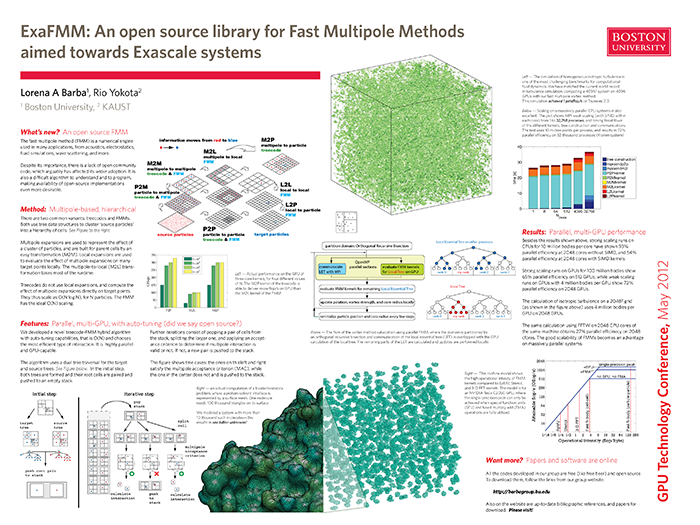