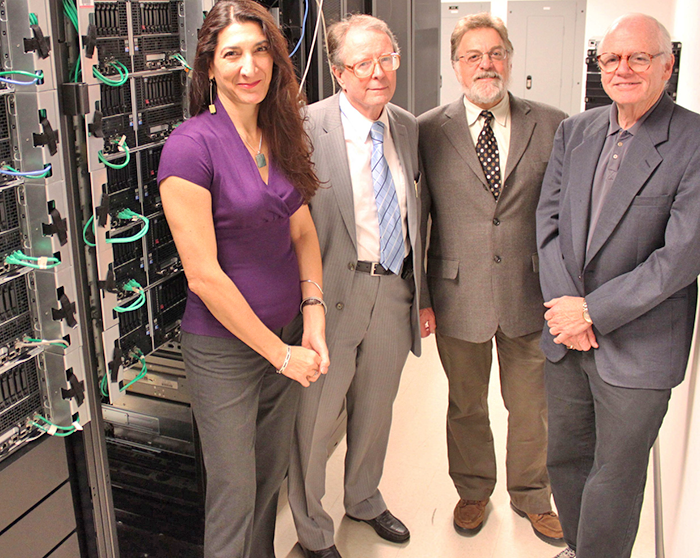 Prof. Barba, together with Profs. Richard Brower and Claudio Rebbi, funded the first GPU cluster in BU named 'bungee', with a grant from the National Science Foundation.

The researchers had the inspired goal of reaching out to other computing-intensive groups, and opened access to the facility. They organized two "GPU@BU" workshops and CUDA tutorials and a community gelled. This played a role in the most recent event: the donation of 160 GPUs, valued at $320k, by HP. This donated equipment will be installed in a new cluster bought with funds from IS&T and the CCS. The new system, to be known as 'budge', will be the largest academic GPU cluster in the East Coast when it comes online in Spring 2013.