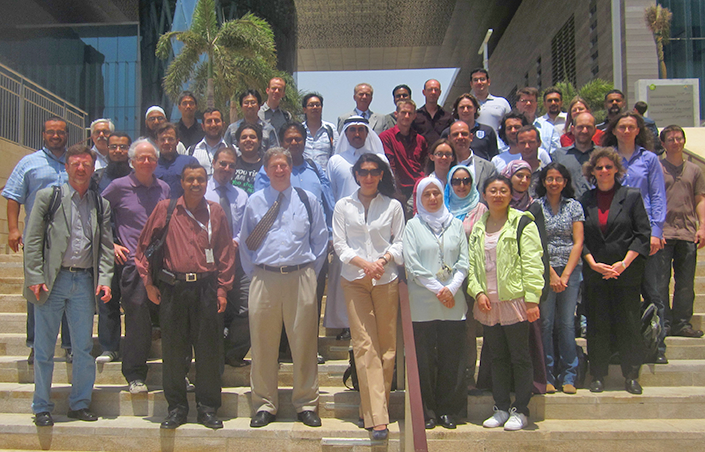 The workshop "Scalable Hierarchical Algorithms for Extreme Computing", at the King Abdullah University of Science and Technology (KAUST), brought together an enthusiastic group of applied mathematicians, computer scientists and domain scientists (including from industry). It was held in April 2012.

On the left of Prof. Barba, we see the host, Prof. David Keyes, Dinesh Kaushik, Richard Brower and Ulrich Ruede; behind him is Hatem Ltaief (co-organizer). On the right of the photo are Jack Poulson, Mike Clark (NVIDIA), Ulrike Yang (LLNL) and Aparna Chandramowlishwaran.