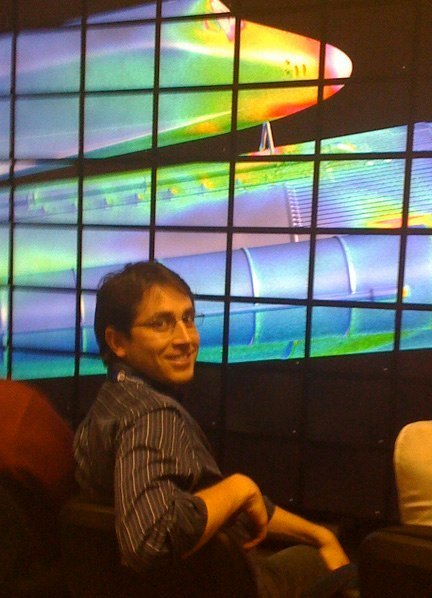 Felipe Cruz was a visiting student in Bristol, UK, from Sept. 2006 to July 2007, under a grant from Prof. Barba's EC-funded project "Scientific Computing Advanced Training, SCAT". At the time, he was a MSc student in computer engineering from Universidad Técnica Federico Santa María, in Valparaíso, Chile.

He became Prof. Barba's PhD student in 2007 at Bristol University. His research was funded by a grant to Barba from BAE Systems & Airbus UK. Felipe graduated in 2011 with a PhD in Applied Mathematics.

After graduating, Felipe became a postdoctoral researcher at the Nagasaki Advanced Computing Center, under the supervision of Prof. Tsuyoshi Hamada. He finished his position there in July 2013, when he became a lead researcher in Square Enix (the Japanese video game company). In 2016, he took a position as a Computational Scientist at the Swiss National Supercomputing Center.