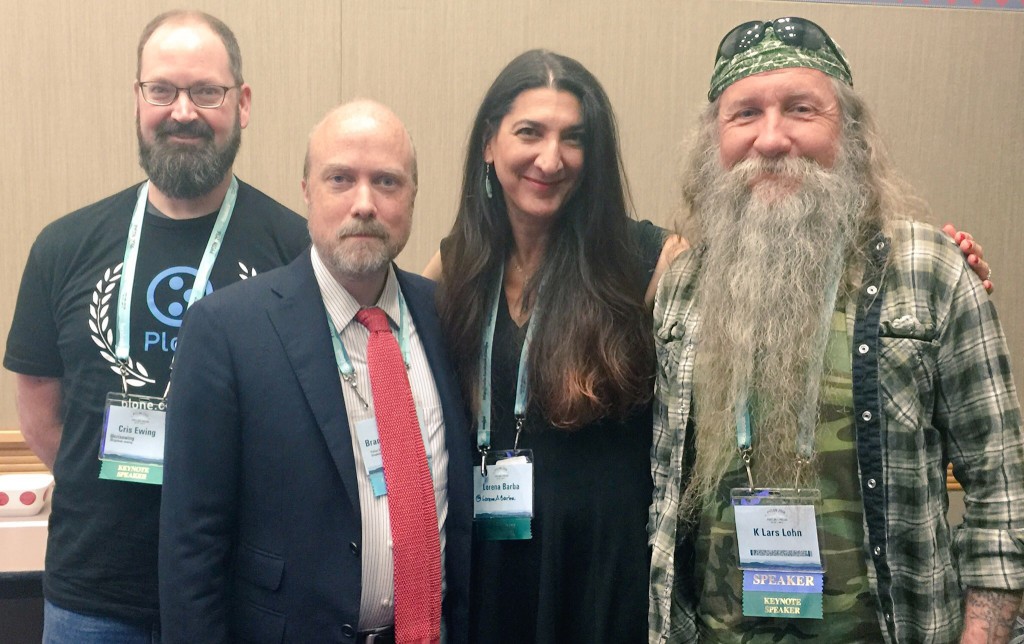 PyCon is the largest annual gathering for the community using and developing the open-source Python programming language.

Prof. Barba gave a keynote speech titled Beyond Learning to Program: Education, Open-Source Culture, and Structured Collaboration in Language. She launched from a historical note on the "Computer Programming For Everybody" (CP4E) program, led by non-other than Guido van Rossum and funded by DARPA in 1999. Touching on the current hype over "computational thinking" and the Obama-administration's "Computer Science For All" program, she proposed that open-source culture has an impact beyond the "learning to code" narrative.

Her keynote shared a personal story of learning about the work of Fernando Flores while she was still an engineering undergraduate student in Chile. After giving a lightning overview of the Language/Action perspective put forth by Winograd and Flores (1986), she then talked about the Conversations For Action model.

Barba explained  that the phrase “Language-Action perspective” refers to designing software systems from the perspective of how humans engage in action through language. Conversations for action are how we invent the future together by making commitments to each other.

Thus, the culture of open-source has plenty more to offer the education of our younger generation than the narrative of “learning to code” seems to be aware of.

Communication for actions based on commitments, e.g. pull-requests on @github (@LorenaABarba at @pycon). #pycon2016 pic.twitter.com/IShYjcCNb3

Proud to have #NumFOCUS board-member @LorenaABarba keynoting at @pycon pic.twitter.com/5CzBctjqV1