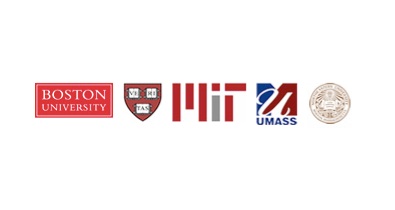 The Massachusetts Green High Performance Computing Center (MGHPCC) is a ground-breaking collaboration of five of the state’s most research-intensive universities, state government and private industry—the most significant such collaboration in the history of the Commonwealth.

Prof. Barba led a multi-institution bid to success in the call for research seed grants of the Massachusetts Green High-Performance Computing Center, MGHPCC. The award amounts to $130,487 for the duration of one year.

This project is a collaboration among investigators in BU, Harvard and UMass aimed at creating an open and high-performance software infrastructure for a family of hierarchical N-body algorithms.

"N-body" is the name given to any problem that involves a system where each object depends on the state of every other object in the system. The classic example in mechanics is gravitational interaction, but the situation also appears in the interactions of atoms or ions and in discrete representations of the equations for acoustics, electromagnetics and fluid dynamics.

Algorithms to solve this problem that use hierarchical groupings of the objects in the system (or points in the discretization) are often fast, and scale very well in highly parallel computers. In fact, some believe that these algorithms will be better suited to the increasing numbers of cores in high-performance computers, and more likely to reach exascale.

What is lacking is a concerted effort to create high-performance software offering the power of these algorithms to the wider scientific community.

The team funded by this seed grant will develop software infrastructure for hierarchical N-body algorithms aimed at the top computing systems, such as Blue Gene and GPUs . The team will also develop capability to solve diverse problems, including biophysics, acoustics and fluid dynamics.

The joint effort will build from the software framework called exaFMM, which was released by Barba’s team at the Supercomputing Conference in Seattle, Nov. 2011.

The research team is formed by:

In addition, IBM T.J. Watson Research (Cambridge, MA) is an industrial partner in this effort, and Dr Rio Yokota (King Abdullah University of Science and Technology) is an external collaborator. Yokota was a postdoctoral researcher with Prof Barba for nearly three years before joining KAUST in September 2011. He is the main developer of exaFMM.