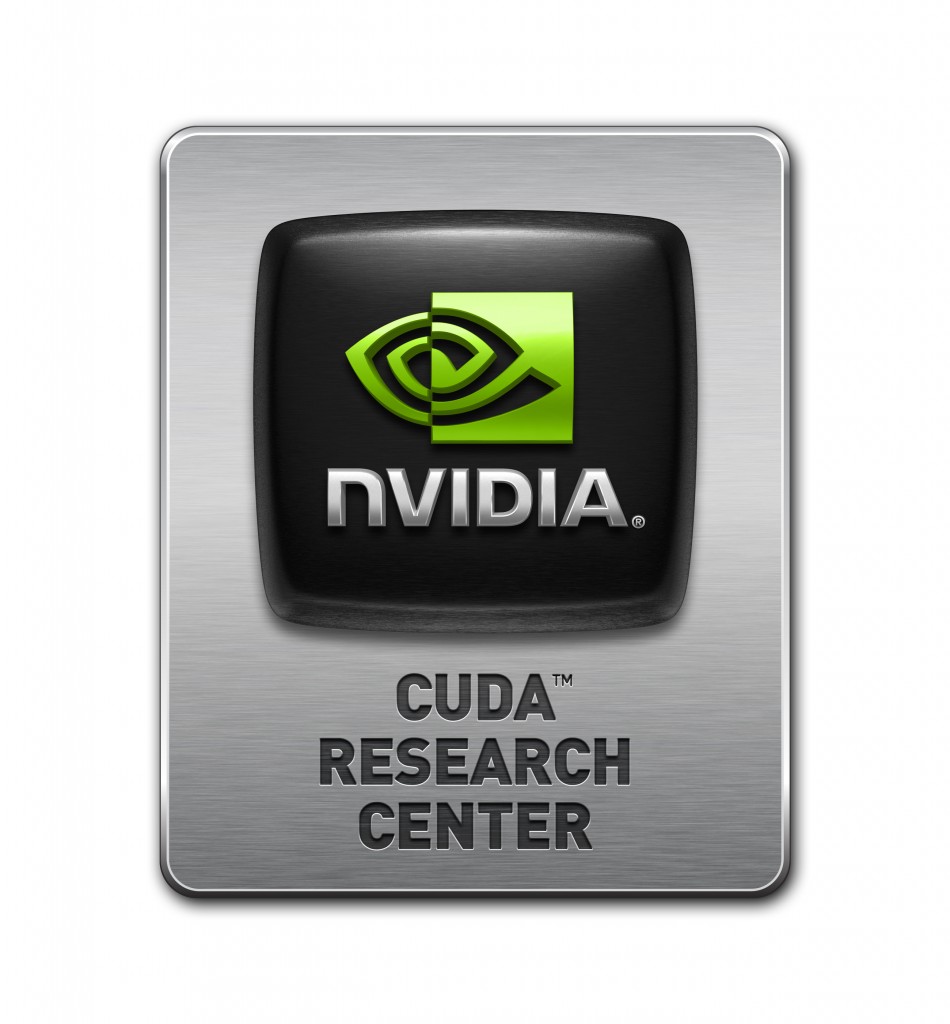 NVIDIA names GW a new CUDA Research Center, in recognition of the research trajectory of Prof. Lorena Barba. The announcement reads as follows.

The CUDA Research Center at the George Washington University in Washington, DC, recognizes the research trajectory of Prof. Lorena A. Barba.

With a background in mechanical engineering and aeronautics, and a few years as faculty in applied mathematics, Dr. Barba made a high-risk pivot when adopting GPU technology in early 2007. Since then, all research students in Barba's group are trained in GPU computing (and CUDA in particular) and apply the technology to computational fluid dynamics and computational biophysics. Trainees from the Barba group have all graduated to positions where they continue to use their GPU skills, either in academia or industry (including NVIDIA). And with a consistent policy of open-source software, several research projects have produced codes that exploit GPUs (exaFMM, cuIBM, PyGBe; see the Codes page) and that are available for other researchers and students to use or learn from.

Barba's group is currently using GPU-enabled computational tools to study animal aerial locomotion. The code base in this research (cuIBM) applies what's known as the 'immersed boundary method' and a recent result studies the aerodynamics of flying snakes, explaining their lift-generation capacity. Future work will investigate more details of the aerodynamics of gliding snakes in 3D, necessitating a parallel extension of the in-house CFD codes.

GPU applications in biophysics commonly make use of molecular-dynamics simulation, the work horse of computational chemistry and biology. Barba's group is instead focused on equilibrium approaches using what's known as 'implicit-solvent models' and her team has demonstrated the methods with several hundred GPUs. Another code base, called PyGBe, uses Python, CUDA and PyCUDA for a more user-friendly tool that can be adopted by biologists. Recent work established the accuracy and speed of this method, and showed PyGBe to be competitive on one GPU, compared with more widely adopted finite-difference codes running on six CPU cores. The future of this research is to develop methods that can be applied for biosensor modeling, for example.

Prof. Barba has advocated GPUs as an important technology for scientifically developing countries to access high-performance computing, working in particular with her network in Latin America. She drove the adoption of GPUs at Universidad Técnica Federico Santa María, which in 2011 became the first CUDA Teaching Center in Chile, and in 2013 was a plenary speaker at the VI Latin American Symposium on High-Performance Computing. In 2011, Barba led the NSF- and DOE-funded Pan-American Advanced Studies Institute "Scientific Computing in the Americas: the challenge of massive parallelism", which was held in Chile. Almost seventy graduate students and postdocs from the US and Latin America participated, receiving instruction on parallel computing and GPUs from world-leaders such as Profs. Wen-mei Hwu (UIUC) and Takayuki Aoki (TokyoTech). She also serves as Papers Co-Chair of the inaugural Innovative Parallel Computing conference, InPar'12.