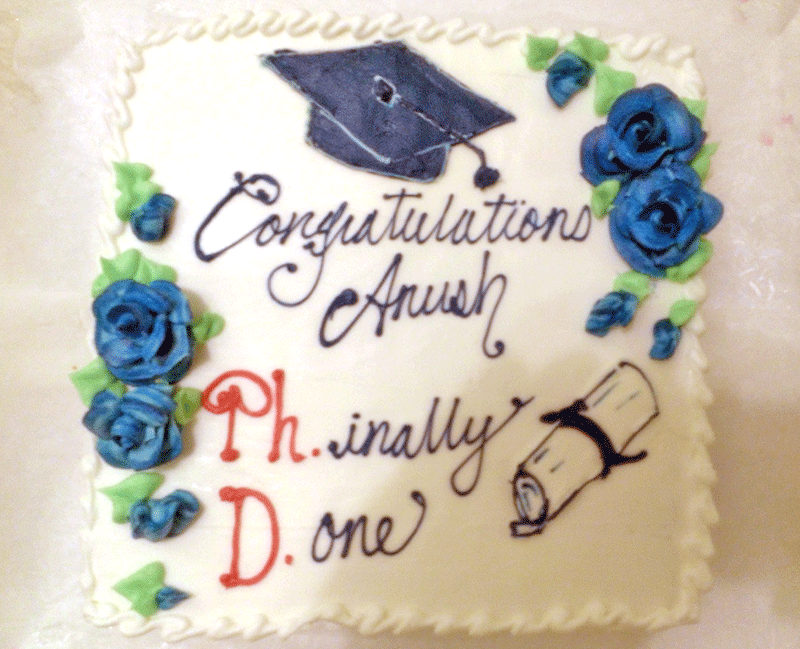 Congratulations Anush! Friends surprised Anush with this lovely cake to celebrate his accomplishment.

Anush starts a new job immediately as CFD engineer in Exa Corporation while Christopher is taking a position as faculty of the Mechanical Engineering Department at Universidad Técnica Federico Santa María!

The PhD thesis defense talks of Anush and Christopher were broadcast live on a Google Hangout On Air. You can view the recordings on You Tube!