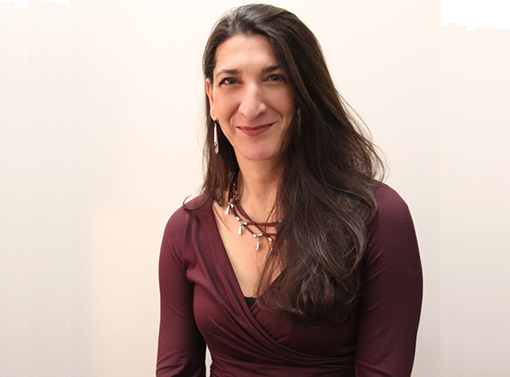 The award will fund Prof. Barba’s research in scalable algorithms for extreme computing on heterogeneous systems. Recent trends in high-performance computing (HPC) are clearly in the direction of computing systems involving various structurally different types of hardware (i.e., heterogeneous), of which a prominent example are GPUs (graphics processing units). Prof. Barba is one of the early adopters of GPU hardware for scientific computing, and was recognized by an NVIDIA Academic Partnership Award in August 2011 for her research in this booming field.

“Receiving the CAREER award will give my research program considerable momentum, at a time when computational science is rising in the national agenda,” Barba said.

“The field is challenged to reach the milestone of ‘exascale computing’ in a few years, that is, computing a thousand times more powerful than today's. With rapid changes in computer hardware, the algorithms and software used in science need to be re-invented, they need to be parallel like never before.”

High-performance computing can help scientists solve the most enduring problems: understanding climate, predicting natural disasters, simulating the proteins that are the building blocks of life. But first, algorithms will have to be adapted to work in massively parallel hardware and scientists will need to learn to compute at extreme scales. Prof. Barba’s research group now has the support of NSF to serve this priority national goal.

Among the matters of highest priority are development of scalable algorithms that can exploit the enormous parallelism of new systems, and educating the next generation of computational  scientists.

Prof. Barba is developing algorithms that offer ideal scaling with problem size, growing linearly with the number of unknowns in a problem, and that map with excellent performance to many-core hardware such as GPUs. Barba’s target applications are computational fluid dynamics and computational biology, such as the simulation of proteins interacting through electrostatics.

Receiving the CAREER award will give my research program considerable momentum, at a time when computational science is rising in the national agenda.

The goal of Barba’s educational program, on the other hand, is preparing students for interdisciplinary research in computational science. She builds on a long track record of success both in the use of technology to support learning, and in catalyzing international collaboration and outreach. She is aiming to enhance educational environments using technology, including new media, for both curricular instruction and to increase the nation's science literacy (via open educational resources). Her goal of fostering the next generation of computational scientists will be pursued via advanced studies institutes and extra-mural workshops that aim to bridge the gap of educational offerings in computational science, hampered today by the discipline-based structures within academia.

Prof. Barba is already recognized as a leader in these activities. She previously organized and obtained funding from NSF and DOE for thePan-American Advanced Studies Institute “Scientific Computing in the Americas: the Challenge of Massive Parallelism”. She has also been contributing open educational resources (OER) in the last few years, with several of her courses showcased on iTunes U.

About the CAREER award

The Faculty Early Career Development (CAREER) Program is a Foundation-wide activity that offers the National Science Foundation's most prestigious awards in support of the early-career development activities of those teacher-scholars who most effectively integrate research and education within the context of the mission of their organization. Such activities should build a firm foundation for a lifetime of integrated contributions to research and education.