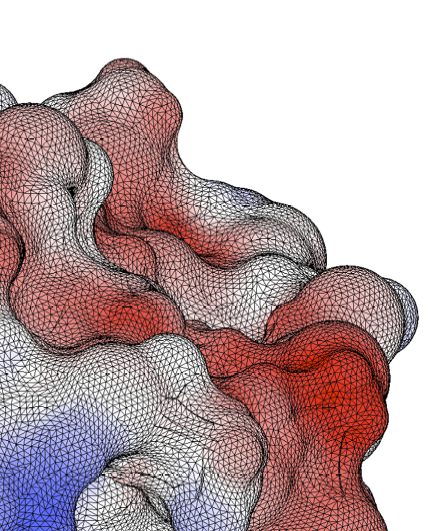 Close-up of the surface mesh on a lysozyme molecule, showing the surface charge obtained with PyGBe.

The PyGBe code was released in July 2012 to coincide with the first research presentations at conferences. Christopher Cooper gave a talk at the World Congress in Computational Mechanics, WCCM on his work, and Prof. Barba featured PyGBe on her invited talk at a mini symposium of the Society of Mathematical Biology Annual Meeting.

[UPDATE: The code repository is now on GitHub.]